Is Simply Divine.
Because Magic is Power.
♥
Posted by Cathy Cara at 7:18 PM

Email ThisBlogThis!Share to TwitterShare to FacebookShare to Pinterest
Labels: Alec 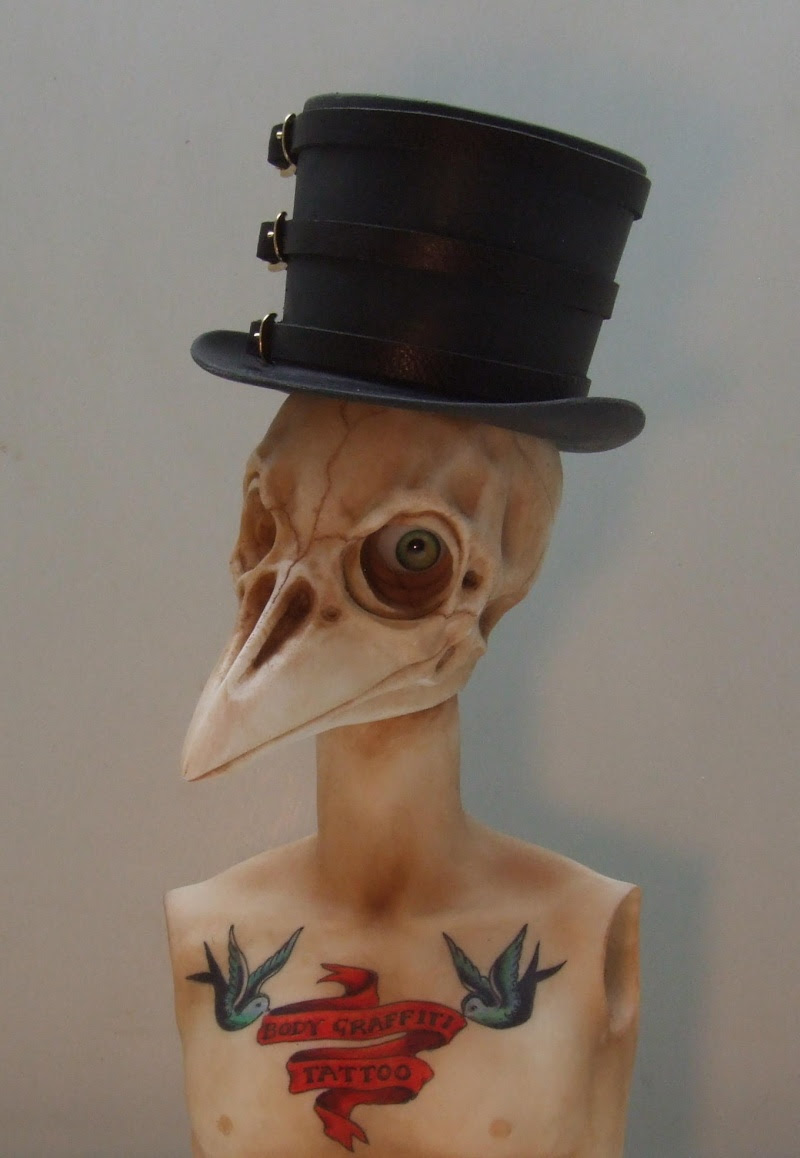 Take this night for the sake of your soul.

Email ThisBlogThis!Share to TwitterShare to FacebookShare to Pinterest
Labels: Music

Couldn't Have Said it Better

Email ThisBlogThis!Share to TwitterShare to FacebookShare to Pinterest
Labels: Music

I am busy wrapping White Elephant presents for the party.
The Simply Divine Luncheon date has not been set yet.

Email ThisBlogThis!Share to TwitterShare to FacebookShare to Pinterest
Labels: The Laughing Lion

The hand-carved ornate Chinese red carriage rolled to a gentle stop outside the brightly lit enormous North Shore mansion. Torches had been placed in the gilded acanthus sconces on either side of the heavy wooden mahogany doors in anticipation of the esteemed guests' arrival. The sound of a stringed orchestra playing could be heard over the sigh of the warm perfumed Spring breeze. The lapping caress of the chill ocean waves at the edge of the gardens echoed in the fragrant night air. The moonlight reflected off of the garden statuary insinuating that revelers were on the lawn.

If you listened closely, you could hear the hushed murmur of sweet voices behind the door exclaim in delight, "Ahhhhh!! It is is Thomas!" Thomas has arrived.

The antique grandfather clock in the frescoed front foyer had struck nine over an hour ago. Since we dare not rush The Goddess, we will have to wait a moment longer to see Thomas' beautiful face.

The bronze hands of the old grandfather clock caressed the number thirteen after the hour of ten. The Goddess, fresh from her lavender scented bubble bath, her ivory skin glowing, waved her arm. The red cloven footed imps sprang to open the large mansion's door.

The mist pooled around his feet. Dust billowed in the moonlight.

He sauntered languidly into the foyer.

♥
The lamp cast fantastic shadows on the wall and staircase. A rising wind made some of the windows rattle. In the ballroom' on the north side of the house, salt spray dashed against the window panes. A lone star shown in the square of opal sky framed by the trailing citron-green velvet draperies. Dust danced on the pearl nacre octagonal table.

Thomas is available now from ~♥~ Simply Divine ~♥~ .
Paint by Sdink. Hair and eyes by Sdink.
Photographs by Sdink.

Email ThisBlogThis!Share to TwitterShare to FacebookShare to Pinterest
Labels: Thomas Odette is wearing a genuine pearl crown by Cathy Cara.
She is finding it hard to decide which Simply Divine mask to wear to the party. Odette has selected the Steampunk Raven mask for the ball.
Odette was painted by redastor / Yves Manning. 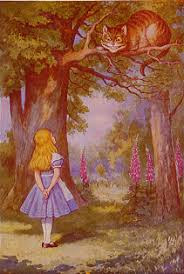 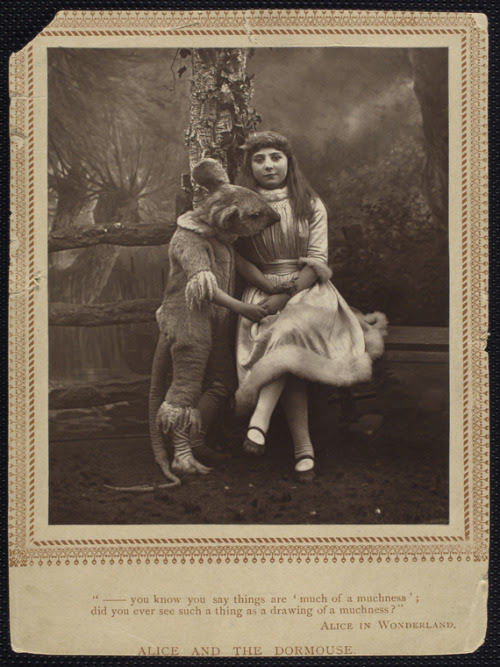 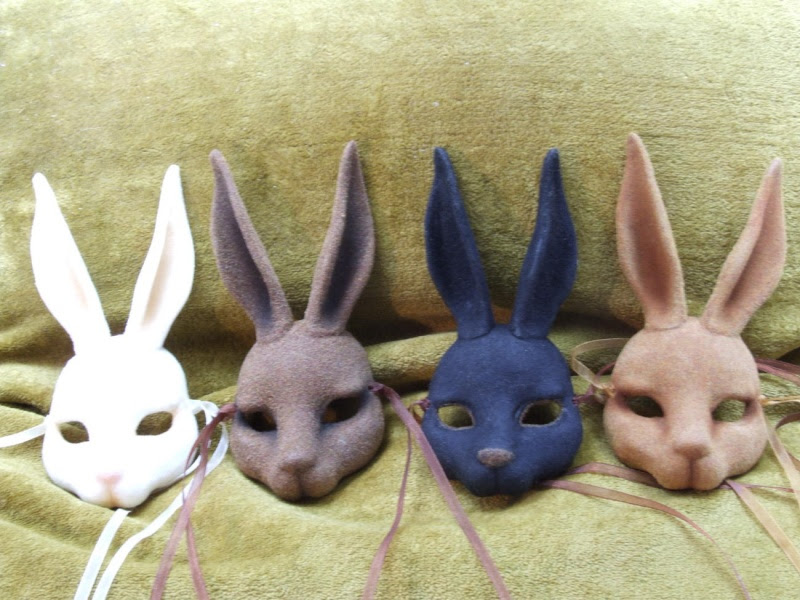 Rabbit masks are available in: White, Brown, Black, and Sable.

Email ThisBlogThis!Share to TwitterShare to FacebookShare to Pinterest
Labels: Alice

Email ThisBlogThis!Share to TwitterShare to FacebookShare to Pinterest
Labels: Harlequin The elaborate silver carriage rolled gently to a stop outside the blackened antique wrought iron door. An opulently attired silk bedecked woman with six arms emerged from behind the carriage's crimson floral damask curtains. The entwining acanthus leaves gave a tender caress to her arms as she brushed the curtains carefully aside. She stepped down and smiled as the swirling damp mist sought out and enveloped her Charlotte shoes. She laughed delightedly as the mist delicately puffed out the nostrils of the shoes with each step that brought her closer to the door. Already captivated, charmed, and entertained, she glided over the old cobblestones to the front door of the shop.

Staring at the aged door knocker, which no one who was anyone ever used, she chuckled over the long faded and yellowing, hastily scrawled, parchment sign which stated unequivocally in moulignon colored ink, "Speak friend and enter." She mused momentarily that the short eccentric Queen would simply never tire of her own jokes. Her perfectly formed lips curled even higher in a moue of pleasurable anticipation as she thought of the endless unknown pleasures, baubles, and munificence harbored within the obscure ivy covered facade. While one never knew what the predictably unpredictable secretive short Queen would be up to, the woman knew quite well that being cognoscenti has its own rewards. She was confident that her studied patience and her fastidious loyalty would be rewarded. She was determined that her practiced obsequiousness would yield to her the finest finery that the best magic of the century could provide. Besides, she simply loved this shop.

Pausing only long enough to take a deep breath to inhale and to savor the scent of the pendulous wisteria which bloomed perpetually over the doorway, she carefully smoothed her silk gown with three of her arms for it would not do to appear rumpled. She reminded herself to remember that she would like another one of the Queen's special books to read. Holding tight to the thought of how absolutely delightful the last little gilt tome she had been fortunate enough to acquire had been, and how she wished she had another one to share, the woman locked preternaturally green eyes with the imp on the door knocker and was not surprised when it winked. She thought, not for the first time, that the door knocker looked suspiciously like Weeener. The heavy door opened quietly of its own accord, a brass bell tinkled and beckoned deep within the darkened interior. The pleasant gentle fragrance of sun-dried lavendar enveloped her as she stepped over the time weathered marble threshold. Her nose wrinkled at the pervasive scent of Dust. Her eyes narrowed as she searched for elusive little wings.

Edgar stood up from where he had been lounging upon the shop's Rococo worn and comfortable velvet brocade couch. "Enchante, Mademoiselle! Are you perchance a demon?"

"I am hardly a demon!" exclaimed the woman.

"Pardonnez-moi, mademoiselle." Edgar bowed in polite contrition. "I do not have my glasses on. Is there something I can help you with? Tell me what you wish. I can get you anything, anything and everything, at all. At least, that is what the Queen tells me I should say. Whisper to me, ma cherie, les aspirations de votre coeur." Edgar winked, reminding her of the door knocker. He laughed lasciviously; his slanted eyes sparkled, his dimples deepened. Dropping his cultured faux French accent, Edgar drawled in perfect native Noo Yawkese, "Of course, her exact words are usually, 'Go! Fetch! That's a boy. There ya go' "

The six-armed woman laughed brightly, pointed teeth glistening between wet scarlet lips. She loved the charade and the ritual of the shop. The flush of desire tinged her skin a deeper shade of gray. She adored Edgar and relished his fame and delighted in his humor. She suspected that it was the key to the Queen's heart that rested hidden in his hair. She wondered whether she could get Edgar to teach her one more step of the convoluted line dance which the Queen required; no one could out dance Edgar. But, first things come first. She had needs. She had wants. She wanted to come, but she wanted other things more. The art of acquiring was serious business. When her list was done, she could spend the afternoon with tea and banter. And dancing. Her eyes glittered attractively and her lips curled upward seductively, as she glanced at the elegant well used couch and thought about long hours being lazily wiled away with Edgar showing her the variations of the horizontal mambo.

The warning thought flared, flickered, and crossed her mind that if she was not careful, she could end up with a French bulldog puppy. She said nothing. It would not ruin her afternoon.

Smiling with delight, each of her arms waved as she gestured and pointed. Her golden bracelets glimmered. She mentally rehearsed the list of items she had been lusting after for months. Dallying with Edgar was permitted and encouraged; wasting Edgar's time or worse, annoying him, was not. She shuddered to think of what life must be like for those for whom the knocker failed to wink.

Knowing the unwavering rules of the shop, and the fact that the Queen tolerated no vacillating, she recited firmly and clearly, "Outfit me for the ball, please. Let me know if Rouge is on hand for a consultation. I need to look Simply Divine, Seriously Divine, Ultimately Divine; I do not want anyone to out shine me. I would like to see gowns. I would like to see shoes. Jewellery. I will need a fabulous mask. And yes, a corset. I already have three of the Queen's crowns, but I would like to see those that are 'new'. Do you have an opium pipe? In case it rains, I would like one of Val's parasols. Can you arrange an escort? I would like someone who can change between male and female in a heartbeat. Did you write all of that down? I will be picking everything out and I will need it all to be delivered."

Wagging his tail and inclining his head, his own ubiquitous pale pink rhinestone tiara sparkling and twinkling in the rare light of the intricately tendrilled mouth blown centuries old Venetian chandelier, Edgar smiled. "Yes, Madame. Your wish is my command. You are the umpteenth person coming in looking for Harlequin. You did not forget to bring me a biscuit, now did you?"

"Oh, Edgar!" laughed the woman. "Is the Queen starving you again? Come let us sit for a moment and catch up. Does Mr. Rabbit wear a rabbit mask? Please, do tell me, has anyone yet seen Divine?"
♥
Posted by Cathy Cara at 3:09 PM Annie Chovy is waiting for us to make her a mask for the party.

We are still working on the Simply Divine Luncheon. The date has not been set yet.
Posted by Cathy Cara at 8:57 PM

Cathy Cara
"There was a world where I was Queen. I created all things seen..."